Industrial 3D Animation for a Factory Renovation in Dushore, Pennsylvania

This industrial 3D animation is kind of a star. The CG video ran on TV, and the plant it features was mentioned on citybiz and areadevelopment platforms. Working on such a high-profile project was both exciting and extremely gratifying. One reason is that this renovation is caused by the UnityLab company moving operations outside of Dushore town in order to expand. And this new manufacturing plant will bring 150 jobs to Dushore town in Sullivan County, Pennsylvania! The town’s population counts 450 people, which means that a third of it may find employment at the production plant.

The project started when Jonathan L. Benjamin, Co-Founder & CEO of Unity Laundry systems, contacted us for architectural animation services. The task was to create an animated video that would show the renovated factory building from the outside and inside. It was to be used for presenting the design to public officials.

To create the 3D walkthrough of the plant after renovation in Dushore, the client sent us the following:

The project manager viewed the materials with the CGI artists, and then the CGI team met with Jonathan on a Zoom call. After the video meeting, it was established that the animation should be a 3D walkthrough and show the building from an eye level. Therefore, the project volume required a whole CGI team.

The project manager split the process into 8 parts, which would run simultaneously, and distributed the workload between 3D artists. Let’s examine the tasks one by one.

#1. 3D Modeling of the Factory Building

Based on the materials available, the 3D specialist created a Grab Viewport with boxes in places where the machinery would be. Also, he made still images of the spaces that would appear in the industrial 3D animation.

The Grab Viewport showed all the spaces in accordance with the camera path, and the resulting preliminary industrial animation was 100 seconds instead of 45. So Jonathan also needed to review the scenario and decide what to cut out.

The client needed to check the geometry of the building and the location of interior objects.

After viewing the results, the client sent us the updated layout plan of the factory with all the equipment. It was decided that the first results should be discussed in person, so Jonathan agreed to meet up with the CGI team on a Zoom call.

During the video meeting, the CGI specialists got some new useful materials for industrial 3D animation:

After the meeting, the 3D visualizers were able to start working on the exterior.

The 3D artist recreated the exterior design of the production plant based on the following photos.

The process took about 1,5-2 hours, and then, the project manager submitted the exterior render for checking. The client approved the result, and the 3D visualizer moved on to other tasks.

Based on the brief, our 3D animation specialist created the draft version of the 3D engineering center video in low resolution.

The client checked this part of the 3D industrial walkthrough and asked us to:

The 3D artist made the required updates, got the new result approved, and rendered the engineering room part of the industrial 3D animation in the final quality.

Based on the information in the brief, the 3D visualizer created a low-res draft and sent it to Jonathan. He viewed the draft and asked us to add a glass door with a view of the patio.

To save time, the 3D artist didn’t model a separate scene for the patio. Instead, they put a background with tables and a beautiful landscape behind the door.

When the preliminary video was approved, the 3D visualizer rendered the break room 3D animation in the final quality.

This task included the modeling and animation of the industrial spaces and offices. The CGI team bought the 3D models of the equipment, selected the interior objects, and proceeded to build the space.

First, the CGI artist submitted the Grab Viewport of 5 focus areas. After getting the approval, he created a draft of the industrial 3D animation for all the interior zones.

He got the following comments.

The 3D visualizer updated the results and submitted the draft of the 3D industrial animation and frames. The frames were created for showing each scene separately, while the video would demonstrate the camera path.

The client approved the results, so the CGI team proceeded to final rendering and post-production.

#6. Still 3D Renderings for the Offices

In addition to the 3D animation, Jonathan requested 3D renderings of the offices. So one of the 3D artists made the following renderings.

After the Industrial 3D Animation Production

After the final production stage, the Personal Manager Tina asked Jonathan about how the presentation went and whether there were any remarks left. The client answered that everything went very well and sent us the link to the video on the Wnep website where our 3D walkthrough was briefly shown in the video about Unity relocation.

We are very happy that Jonathan liked the result and that it served him well at the presentation. And we loved to have got some media exposure, obviously. And what do you think? Did you like the results?

If you want a creative, accurate, and photorealistic representation of your project, contact ArchiCGI architectural visualization studio. We will create for you 3D renders, animations, or 3D virtual tours that will speak louder than a million words and provide your audience with an unforgettable experience. 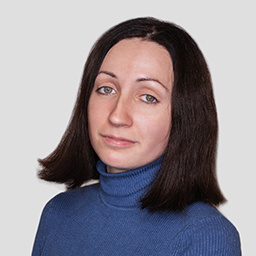 Industrial 3D Animation for a Factory Renovation in Dushore, Pennsylvania
November 25, 2022
How to Get Clients as an Interior Designer: 7 Tips That Actually Work
November 15, 2022
3D Real Estate Virtual Tours for a Luxury Condo in Montreal, Quebec
November 9, 2022