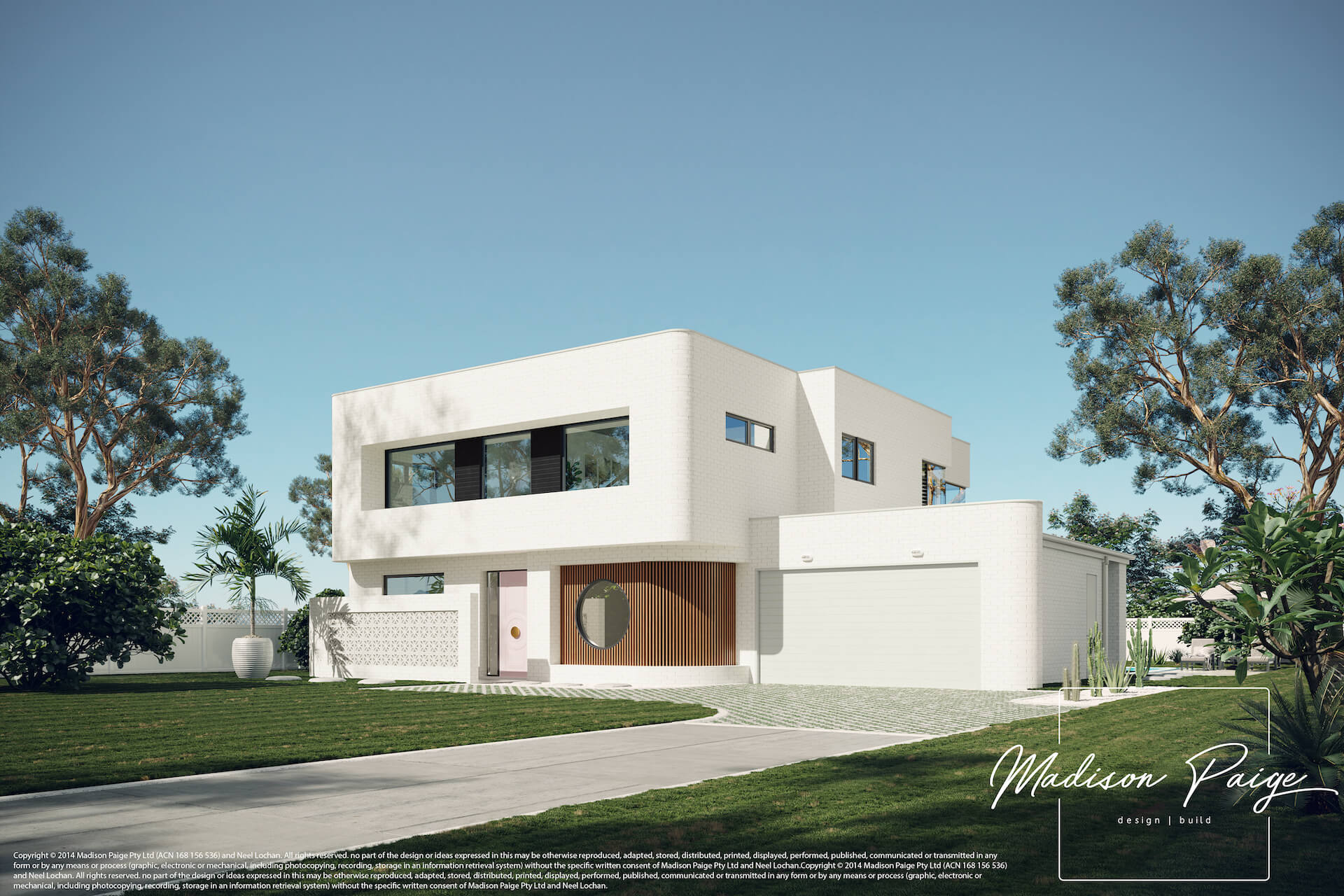 ArchiCGI had the pleasure of working with Madison Paige, a Sydney-based architectural design, new home and knockdown rebuild consultancy firm headed by Neel Lochan. Neel is a multi-award-winning expert widely regarded as one of the leading consultants assisting clients in constructing homes on vacant sites and knockdown rebuild sites across Sydney. Neel strives on being the best at what he does and doing the best for his clients. It was second nature that an accomplished professional like Neel sought in his own words “the best in the business” for their latest project. ArchiCGI was awarded the task of bringing to life Neel’s stunning Art Deco-inspired Palm Springs Villa set in one of Sydney’s most sought-after enclaves.

It was absolutely critical to get this project right for Neel, The Palm Springs Villa marks the brand’s expansion into subdivision and development of the high-end luxury real estate. To showcase the brand’s maiden project on their upcoming website www.madisonpaige.com.au and successfully market the project and capture the right clientele, Neel required photorealistic visualization. So, in April 2021, the young and talented architectural designer contacted ArchiCGI studio for 3D house exterior rendering services.

As we’re writing this case study, the website of Neel and Madison Paige is still being developed. Once it’s the website is complete, the 3D architectural visualization of the sleek house will take front and center stage as the “hero shot” greeting its future clients on the main page.

Want to see how exterior 3D rendering can help an architect to perfect and convey his vision of the design? Read on and find out!

The Scope of Work & References

Neel asked us to make one photorealistic 3D house exterior render in 4k resolution. The CG image needed to show the facade of the building and some of its surrounding territory.

For this task, the client provided the following visual references:

When the 3D artist assigned to this project began studying the references, he noticed that it was difficult to tell what material the wall surrounding the front porch was made of. So, we asked Neel about it. He told us that the wall was made of breeze blocks and sent pictures of the exact design he’d chosen along with a link to the manufacturer’s website.

Also at this point, the client sent us some more visual aid. Namely, he provided landscape design and driveway material specifications.

Now, let us show you what the workflow on the assignment was like.

Overall, the project included three revision rounds. In the course of those, the designer changed several minor aspects of the design to make sure the final image of the concept would look flawless.

And now, let’s see how our CGI specialist recreated the house exterior in 3D.

#1. The Making of the 3D Scene and Texturing

The CG artist started by creating a 3D scene of the building and its surroundings. Throughout this process, he used the exterior drawing and the Revit model as a base to accurately reproduce the geometry of the house in 3ds Max. The CG specialist also followed the environment references to pick and add 3D models of the necessary plants.

Make sure your exterior design project takes your clients’ breath away

At this point, the CG expert didn’t apply any textures or materials to the 3D objects yet. He rendered the greyscale image to coordinate the progress with our project manager.

Below, you can see what the house exterior CGI looked like mid-process.

After the PM checked the result, the CGI specialist added textures and assigned materials to all the 3D models in the scene. Then he rendered the view of the 3D house exterior in 3k resolution and sent it to the client for revision.

The designer reviewed this intermediate render and asked for several corrections.

#2. The First Revision Round

After reviewing the image, the client asked our CGI specialist to:

To help us make all the new additions, the client provided these visual references.

The 3D artist made all the requested corrections and delivered an updated 3k render of the house exterior.

Having reviewed the image, the client came up with a few updates. In particular, he asked us to:

These are the visual aids our team received along with the above-mentioned comments.

Using these references, our CG specialist made all the requested tweaks. Below, you can see the corrected 4k image with our studio’s watermark.

We submitted this updated version of the exterior house rendering to Neel and waited for his comments.

#3. The Second Revision Round

To give his notes on the further updates, the client used the built-in annotation tool in our CRM system. This way, he was able to write comments directly on the image without leaving the chat with our team.

Apart from the comments in the 3D house exterior picture above, Neel also texted us about a few more things we had to do:

Below, you can see the visual aid the client provided for us so we could make these changes.

Our 3D artist made all the necessary adjustments. To make sure he got the new type of windows right, he made these two screenshots of the louver sections and sent them to Neel to get his approval.

After the remodeled windows were approved, the CGI specialist made this screenshot of the entire building and its surroundings and showed it to the designer.

Neel liked the updated image of the house exterior and requested only a few minor corrections. Namely, he wanted us to:

For this, the client provided us with additional visual notes and the product listing page as a reference.

We made all the requested changes. Here is the fully updated exterior 3D render in 4k with our studio’s watermark.

At this point, we were almost finished. There was only one more revision round left. Let’s see how it went.

#4. The Third Revision Round

After receiving the 4k image with a watermark, the client had just a couple more minor requests. In particular, he asked us to:

These adjustments were quick and easy to do. To help us with the last one, Neel sent us his and Madison Paige’s logos and copyright statements. So our CG expert just needed to add them to the pictures. Together, there were supposed to be four different versions of the render — one with Neel’s logo, one with Madison Paige logo, one with both of the logos, and one without any logos or text.

To get the placement of the logo and copyright statement approved, our CGI specialist made a sample screenshot. You can check it out below.

The client liked both the size and the placement of the logo and text. So, he gave us the green light to proceed with finalizing the images of the house exterior.

Here, you can see the final rendering in 4k resolution.

Then, here are the three renders with logos and copyright statements of Neel and Madison Paige.

And here’s a bonus image of the house exterior with a sports car in the driveway. Our 3D artist made it as a friendly gesture and even put Neel’s name on the license plate.

Neel totally loved it! Here is what he wrote to us once he got the bonus rendering.

That’s how we completed this 3D house exterior visualization project. Its interactive nature turned out to be truly beneficial for the architectural designer. With photorealistic CGI, our client was able to see his concept in a new way. It allowed him to try out different design and setting options to make the final CG image absolutely stunning. And we were happy to help him on his creative journey.

We wish Neel and his partner a lot of success with their architectural business. And our team will be happy to visualize their new beautiful designs at any time.

Below you can see Neel’s flattering review of ArchiCGI on completion of the project.

The team that completed the architectural visualization included Dima Pidtilok, Ivan Vasilchenko, Sviatoslav Sukhov, Max Kharchenko, and Igor Tsogla. All deserving of a special mention for their outstanding work and customer service levels, the best in the business!

Looking for top-notch 3D exterior rendering services? Contact us at ArchiCGI and get hyperrealistic visuals for project presentations and marketing campaigns super fast!

Copyright © 2014 Madison Paige Pty Ltd (ACN 168 156 536) and Neel Lochan. All rights reserved. no part of the design or ideas expressed in this may be otherwise reproduced, adapted, stored, distributed, printed, displayed, performed, published, communicated or transmitted in any form or by any means or process (graphic, electronic or mechanical, including photocopying, recording, storage in an information retrieval system) without the specific written consent of Madison Paige Pty Ltd and Neel Lochan. 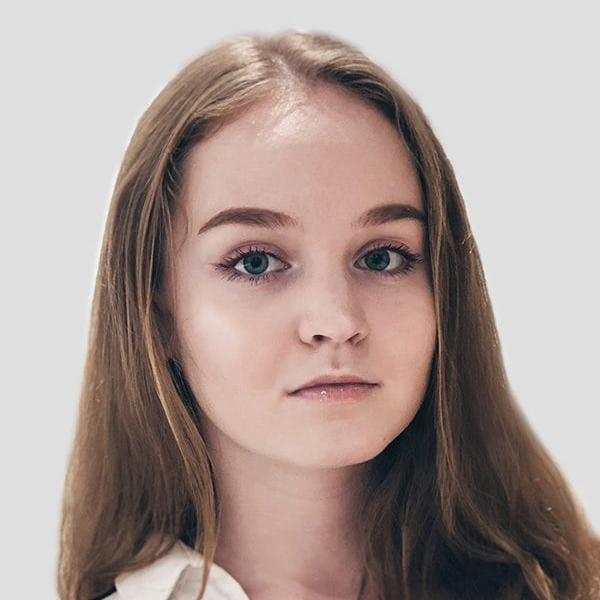 Ana is a content writer for ArchiCGI. She has a passion for design and architecture - and for talking about it. Outside of work, she is a fan of sci-fi movies and a street food connoisseur.

Like this project? We’ve got plenty more! Check out these CGI beauties.